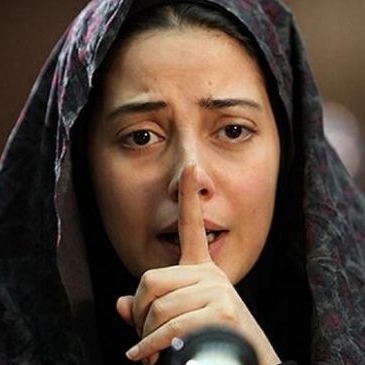 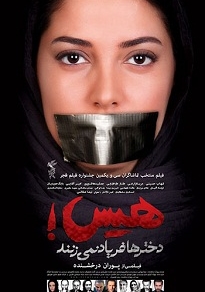 On her wedding night, Shirin is arrested for murdering the janitor of their home building. She refuses to talk to the police, who believe the janitor was blackmailing her with something until she grew tired and decided to kill him. The detective informs her fiance that she has canceled her marriage with two other men previously, which appears to be what she did not want to get revealed. The fiance gets angry and his father encourages him to forget her.

Shirin's parents hire a famously skilled lawyer, who visits Shirin in detention and manages to make her state her first words after arrest. The lawyer considers this a start and learns from Shirin's mother that in contrast to Shirin's two previous marriage attempts, she chose the last one herself; and that they are true lovers. The lawyer meets the fiance, who finally agrees to help. He visits Shirin and asks her for her motive. She begins to reveal her story: When she was a child, her parents were at work most of the time and entrusted her to an assistant named Morad, who frequently abused her and took pictures of her while they were alone. The police arrest Morad, who denies the accusations. However, when pictures of other girls are found in his house, he is tortured until he confesses to dozens of sexual abuses. As a result, he is sentenced to death.

Then Shirin is asked of the reason she killed the janitor. She reveals that as she was preparing to join her fiance, she noticed her neighbors' daughter being abused by the janitor. She freed the girl and killed the janitor. The detective and the lawyer debrief the abused girl and her parents, who refuse to testify, as the disclosure of the daughter's abuse can ruin the family's reputation and become a scandal that is not accepted in Iranian culture.

The lawyer tries another way to help Shirin's case. She brings a psychologist to the trial, where the latter states that traumatic events in childhood can affect the person's mental state and behavior. The court does not accept that and sentences Shirin to death for the murder.

Since the death sentence can be replaced by blood money if a family member of the victim exists, the lawyer and the fiance search for the janitor's family. They discover that there is a living brother, and the fiance meets a carpet salesman who knows of the brother's whereabouts. The salesman initially refuses to talk. The fiance threatens to burn the carpets and the salesman eventually reveals the location. The fiance and the lawyer head there, but discover the brother is dying of a drug overdose. They take him to a hospital but the brother dies. As a result, Shirin is transferred for execution.